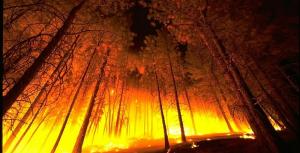 On September 21, 1776, a fire broke out on the southern end of Manhattan. New York City was occupied by British forces at the time and many accused them of starting the fire, while others accused American Patriots of attempting to destroy the city in order to prevent the British from enjoying it. The fire burned throughout the night and destroyed approximately 20% of the city with somewhere between 400 and 1,000 buildings destroyed. No arson charges were ever laid, despite dozens of promising suspects.

Emergency services have a long, rich history dating back to ancient times. With such an extensive past, it's inevitable that the meaning of some commonly-used symbols would be unknown to many working in the field. Here is a brief summary of the most common emergency services symbols and their meanings:

For as long as humans have walked the Earth fire has been a threat to our safety and property, so it seems almost impossible to imagine a world where fire fighters don't exist. Amazingly, organized fire departments didn't come into being until the 18th Century. 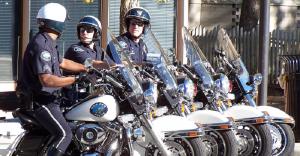 Although the police are an ever-present force in our lives—providing protection, enforcing the law, preventing crime and maintaining order—the form they take today took hundreds of years to perfect. Nearly 400 years ago, the U.S police force as we know it was merely in its infancy. Policing in Europe, however has been around in some form since 3000 BC.

Emergency service workers and volunteers are no strangers to long nights, difficult calls, and the overall rigor their job requires. And while we can highlight the bravery and dedication these men and women exemplify to keep us safe, it is the friends and families of Emergency Service Personnel that understand the stresses this occupation truly holds.

With the rise of popularity in custom designed badges the term “Die” and “Tool” get’s used a lot, usually in terms of the initial setup costs. Frequently customers question these costs and are curious to know more about what these “dies and tools” are and how they are used in the manufacturing process.

Are you or someone you know expecting a baby in the next couple months? Chances are the answer to that question is yes! As there’s certainly quite a lot of excitement and joy surrounding the arrival of a new member of the family, why not remember it fondly with a unique keepsake?

The Smith & Warren ® novelty baby badge makes an excellent gift to commemorate this special occasion. The badge can be completely customized to include the baby’s name, birth date, weight, and even the time of birth.

In the United States, professional and volunteer firefighters have a long history of heroism. Early organized fire fighting systems can be traced back to colonial days. What began as a loose community-based organization in the 1600’s evolved into an organized system of volunteers in the late 1700’s and early 1800’s. The first fully-paid department was established in 1853 in Columbus, Ohio.

Electroplating the surface of a badge provides the most durable, brilliant, long-lasting layer of protection against tarnishing and discoloration which is why Smith & Warren employs this process in the manufacturing of all badges. This process allows the confidence to provide an industry-leading, full lifetime warranty with every Smith & Warren badge.